Webinar: How did Sweden and Finland go from a clear ‘no’ to saying ‘yes’ to NATO?

How did Sweden and Finland go from a clear ‘no’ to saying ‘yes’ to NATO?

In the past both Sweden and Finland have clearly stated that there has been no majority among the population nor in Parliament for joining NATO. However, all changed in just under three months following the invasion of Ukraine and Russia’s heightened rhetoric and threats against the two countries. Since then, the two Nordic allies have now shown determination and coordination, in both tonality and action.

Join us for a webinar discussing Sweden and Finland’s journey to NATO, and “what now”?

The seminar will be moderated by Katri Makkonen, journalist and communications professional who previously worked as director of communications for Finland’s president Sauli Niinistö.

The event is free of charge to all.

This is an event hosted by the Swedish Chamber of Commerce for the United Kingdom, and in partnership with Miltton Public Affairs and Swedish Chambers International 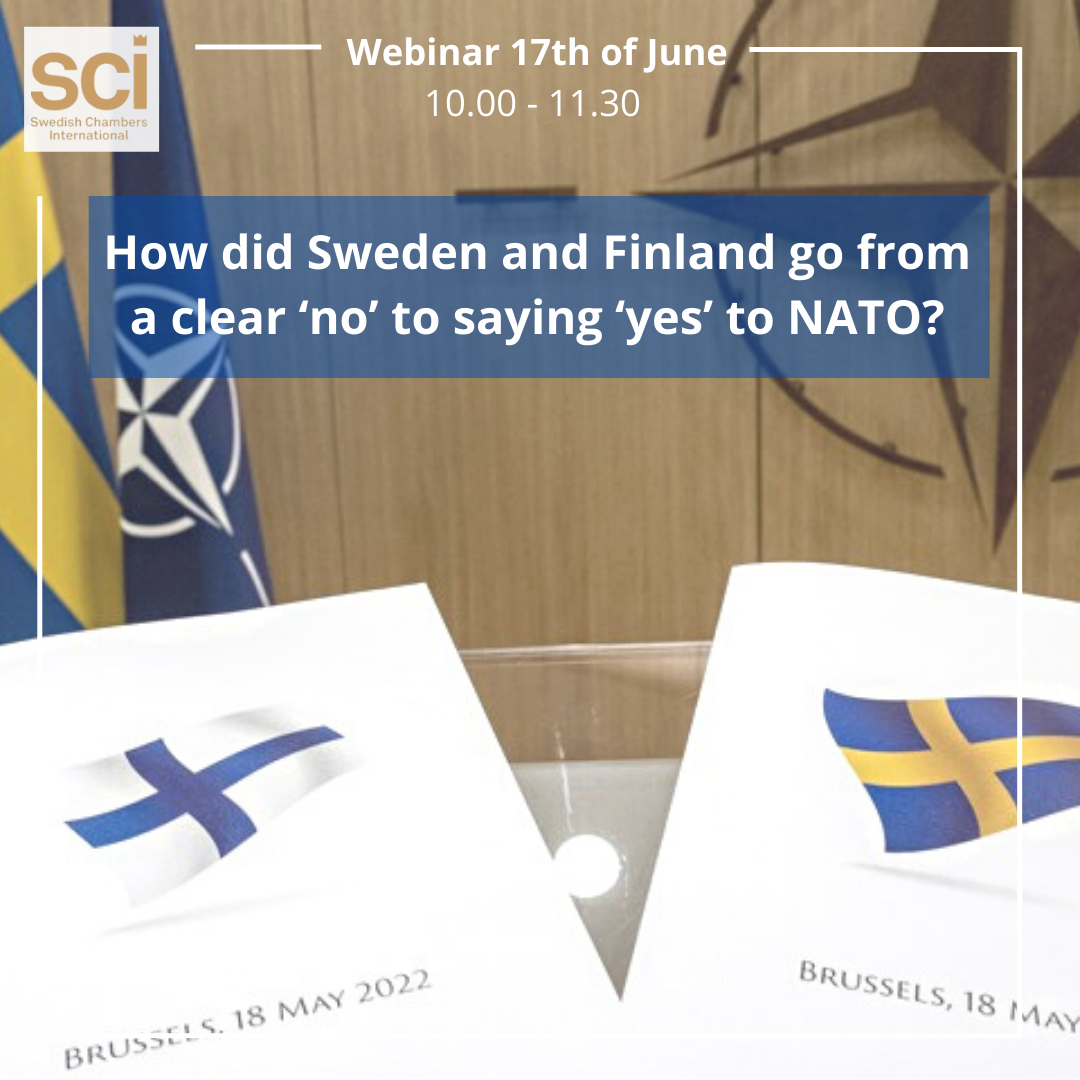